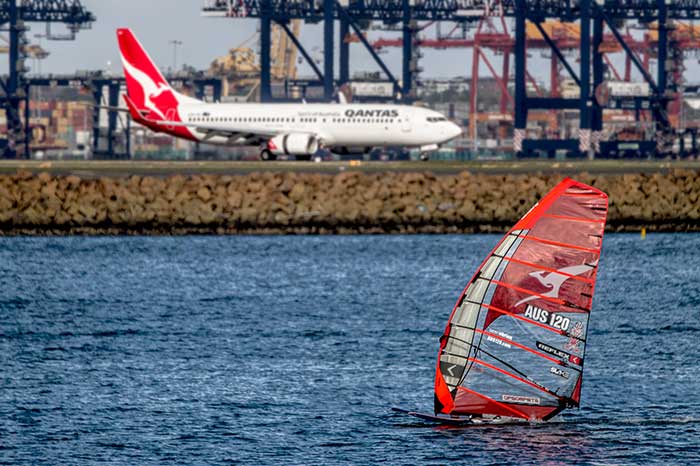 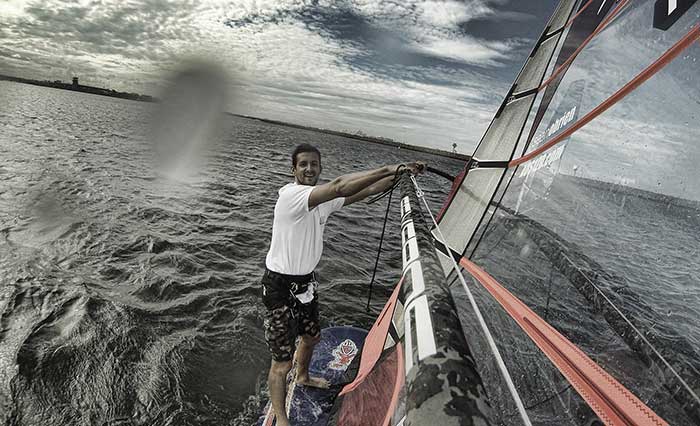 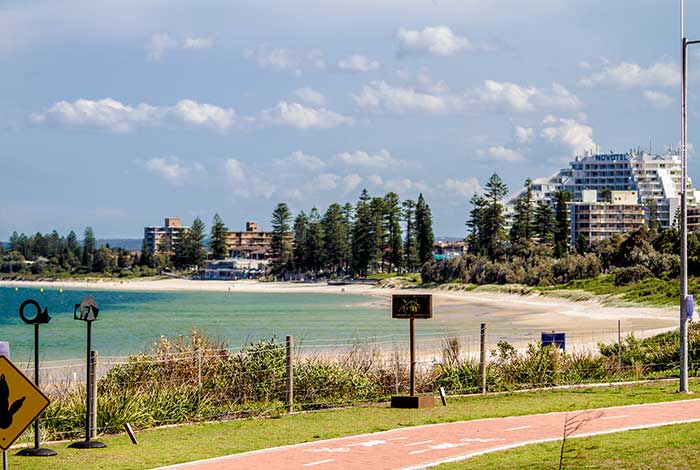 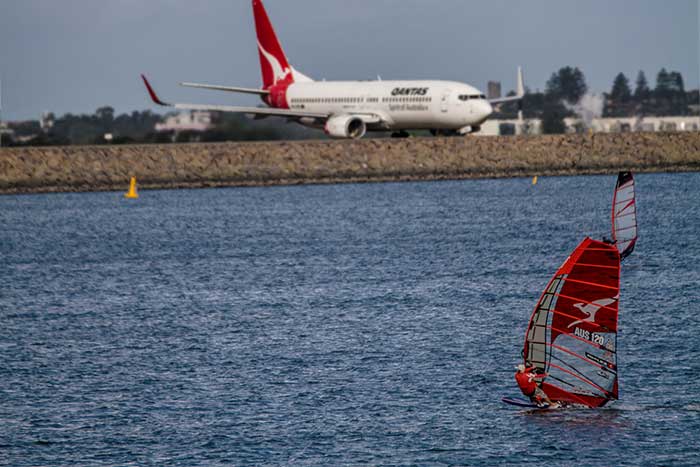 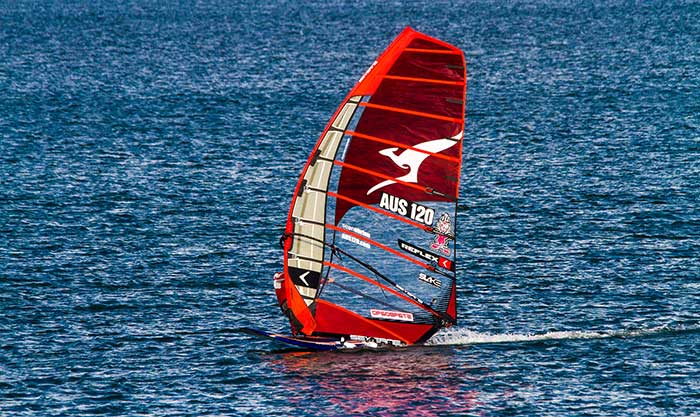 I’ve been hanging out in Sydney for the past 2 months after the Downunder Pro for some formula training. The FW World Championships are early this year, in April in Portugal; so I’ve been keen to do as much formula sailing as possible, get that event out of the way and make the switch back to slalom for the rest of the PWA World Tour which begins shortly after. In Sydney, we’ve been training at Botany Bay, which is right in front of Sydney Airport, which gave me these classic aeroplane shots with Qantas in the background.